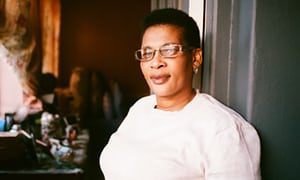 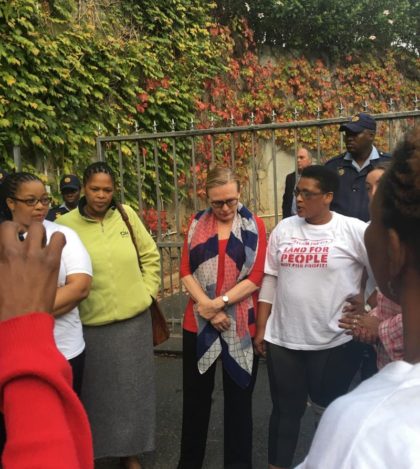 Reclaim The City campaigners protest at the house of Premier Zille, Head of the Western Cape Government

Sheila talking about tactics such as protesting outside the homes of Minister’s houses (e.g. Premier Zille’s Head of Western Cape Government) in order to force them to act on parts of the constitution to proactively reverse spatial apartheid.

Sheila Madikane is a resident of Sea Point- an area in Cape Town. We met her in March 2017.

Sheila is the Spokesperson for the residents of Sea Point, another area within Cape Town which is being gentrified- resulting in residents like Sheila being evicted. Sheila is also the Chairperson of Reclaim the City.

"Reclaim The City campaigners protest at the house of Premier Zille, Head of the Western Cape Government"

Video: Sheila speaking at a site of occupation by Reclaim The City supporters