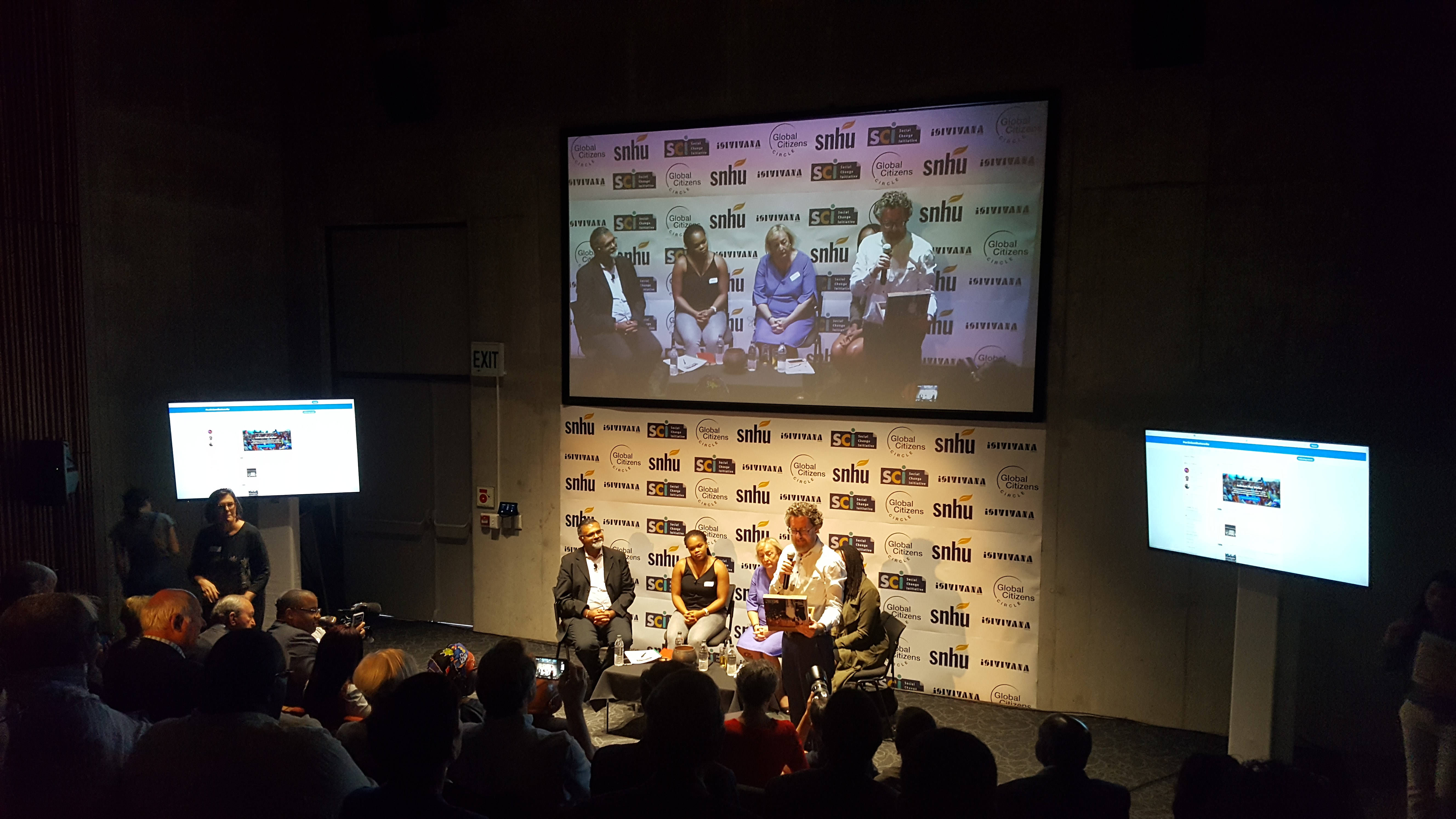 Phumeza speaking in relation to her motivation for the continual need of campaigning due to the lack of rights for  the most marginalised within society.

When we first met Phumeza she was working as the General Secretary of the Social Justice Coalition. She is currently completing a fellowship through the Social Change Initiative.

We first met her in 2016 in the newly opened Isivivana Centre in Kayelitsha, South Africa.

The Social Justice Coalition organise people living in Khayelitsha (a South African township home to around 1 million people) to advance their constitutional rights to life, dignity, equality, freedom and safety.

Listen to Phumeza explaining how the SJC campaign for access to sanitation, clean water, safe street lighting within Khayelitsha – utilising the Constitution of the Republic of South Africa – one of the most progressive in the world and heavily influenced by the Freedom Charter

Listen to Phumeza and Justin tell the origins and mission of the Social Justice Coalition.

Video: Phumeza speaking about some of work SJC are involved in