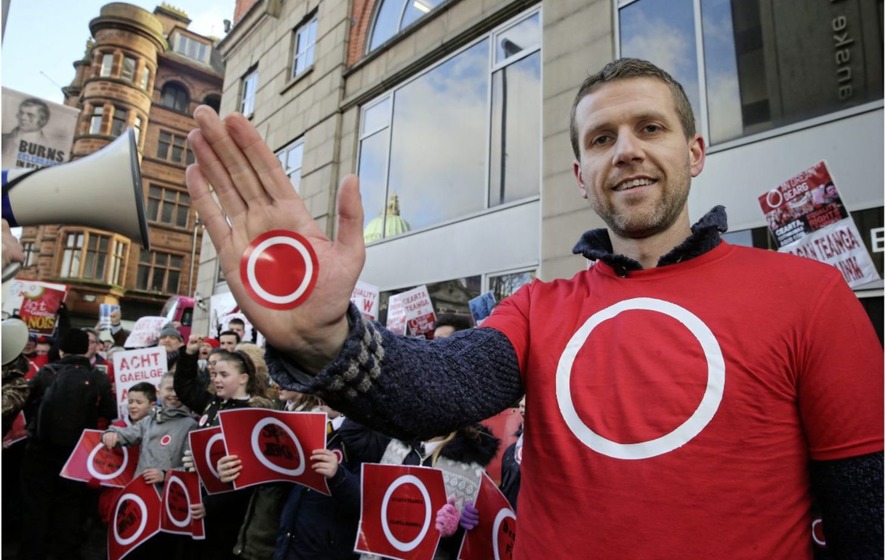 A Lesson from Ciarán

Don’t say it, do it. This phrase defined the self help activism of the Irish language and cultural movement in the North of Ireland in the 1960’s and has inspired a new generation of activists today.

As we built this site we met with Ciarán and others involved in An Dream Dearg.

An Dream Dearg are the product of over 50 years of community building in the north east of Ireland during a violent British/Irish conflict and a subsequent peace process which failed to deliver on promises of rights, equality and respect.

What started out as families building schools and cooperatives without asking the state for a penny has grown into a community of  organisers, teachers, students and families who have reenergised street politics and the politics of the possible in a state which now holds the world record for existing without a functioning government.

FÍSEÁN: An Lá #Dearg – Cén fáth? Chun #AchtAnois a éileamh go poiblí le chéile!VIDEO: An Lá Dearg – 15,000+ send a message to those 'in power' – the Irish Language Community has awoken – we will not settle for anything less than a strong, rights based, Irish-language Act.#TheTimeIsNOW #ThereHasBeenAnAwakening(Buíochas le LIGID TV Productions )