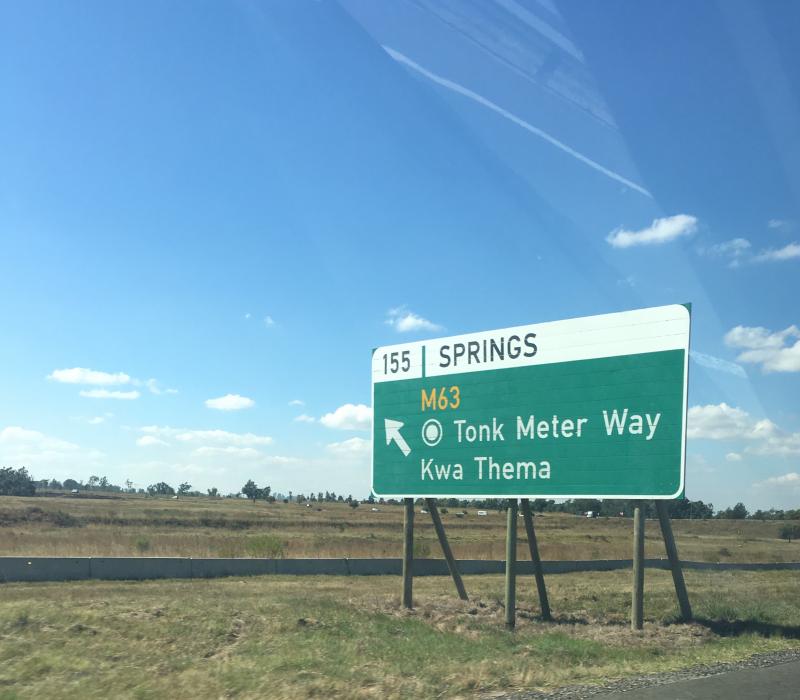 I had the pleasure of spending the day in a township of Kew-Thema located a few miles outside a district named Springs. Phumi explained Kew-Thema was named after an anti-apartheid activist Selope Thema and was established in 1951.  Black Africans were ‘resettled’ from Payneville because it was considered by the apartheid government to be ‘too close’ to a white town. It is where she and her family grew up, her mother Regina and auntie Samelia still live there and gave me an insightful history to the South Africa they have known for over 70 years….

Phumi showed me around the township it was not unlike Langa in Cape Town, or at least with its mixed housing that is what it reminded me of.  After she made sure some kids who had gathered on a street corner were holding a political school and not getting up to no good it was onto her mother’s home for some food and stories.

Both Regina and Samelia spoke of the apartheid years and what it was like for them.  They explained that not only were they discriminated against because they were black but also because they were women.  Regina explained how sexist a society it was, as women they couldn’t do many things I personally take for granted for example, they couldn’t rent a home on their own as single women, they needed to be with a man otherwise the government would turn them away for a home! Can you imagine?!

Again simple things we do on a daily basis as women (men and children for that matter) these black women were banned from doing during apartheid years.  Samelia told me they had to buy their clothes through a window (over the counter) as black people were not permitted to try on clothes because white people wouldn’t buy them afterwards. If they got them home and they didn’t fit they couldn’t bring them back. Regina then explained that when queuing for her train each day for work there were two separate platforms, one for blacks one for whites and that’s “just how it was”.  She told me as blacks during the apartheid years they “couldn’t raise their voices, if you did you went to jail, like Mandela – even the churches were silent”.

Both ladies spoke of their lives without any sadness or even any bitterness in their voices for that matter. And unlike her daughter yesterday, Regina spoke about how they are now free, that this was a rainbow nation and all people regardless of their skin colour can live as and how they want.  However, generationally people like Regina and Samelia are free, in the sense they no longer live under a recognised apartheid regime but I understand why having seen life in Cape Town and Johannesburg, as the next generation Phumi is continuing the struggle for ‘freedom’…..