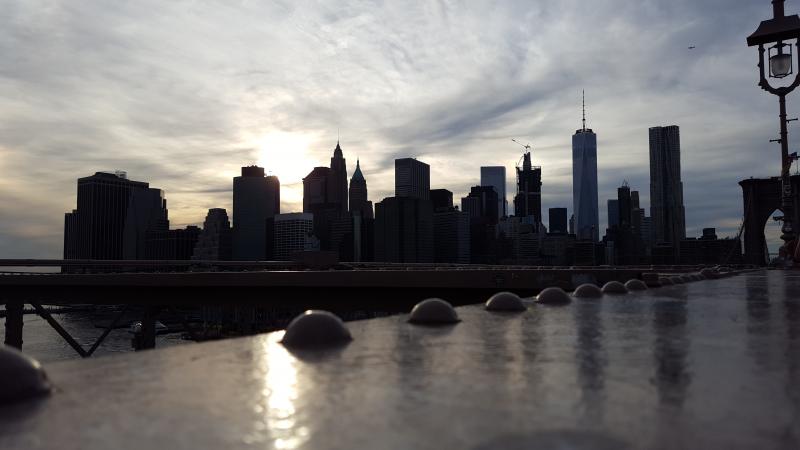 So that’s it for me. Slán tamaill (bye for now) New York. Ten days later and the whirlwind tour of social change activism in New York is over. I’ve left the city and about three hundred things we didn’t get done in Marisa’s capable hands as I head for the airport home.

It’s been an eye opener to lots of different issues and forms of activism. But also eerily similar to the power struggles we face at home. And that’s really what this trip has taught me most, that power, organised, as it is, in people and money, is the same everywhere.
There’s no point in sugar coating anything. New York is harsh, unfair, unequal and creates conditions that leave countless of its inhabitants living out of bins. Alongside this it’s amazing in many ways, not least in the dynamism and ingenuity of its people.
The lesson for me is that the job of activists trying to create social change for the common good needs to be creating power with and for the communities who are on the downside of power relations.
Whether they are the multi faith and ethnic working class families of Jersey City who are being forced out of their homes by the brutal financial power of Manhattan, or the domestic workers physically and economically enslaved by the super wealthy, or Ms Romey in east Brooklyn fighting for the safety and dignity of seniors against powerful gangs, cops and developers, or indeed the homeless catholic families of north Belfast challenging a society built on inequality to build homes now!
It is not enough to simply hold a sign, march, protest, scream, shout. It is not enough to criticise, oppose, negotiate or confront.
Real change only happens when real power is built and sustained by those who don’t have any. And it is never built without a challenge to the powerful status quo.
Nehemiah, Build, East Brooklyn Missions, New Jersey Together, have not forced the hand of power without building power of their own by organising people and money. This has led to thousands of affordable homes for families, homeless housing, senior housing, schools, parks, and safer neighbourhoods.
Equally the National Domestic Workers Alliance have not freed people, claimed back thousands in stolen wages and changed the law to recognise the rights of their members without organising, planning then challenging power to give up some to them.
I saw a lot in NYC in ten days yet barely scratched the surface of the emerging movements for change. They are made up of workers in cooperatives, savvy finance guys redirecting wealth to where it’s needed, the movement for black lives and all of its manifestations, the immigrants, the minorities, the homeless, the leaders, activists, families, organisers; ordinary every day people building power for transformative change.
It’s been an amazing ten days with amazing people. I hope to keep in touch with them all for life to learn and develop together as we organise for the future.
Now, back to our small patch of the planet to put the lessons into practice.