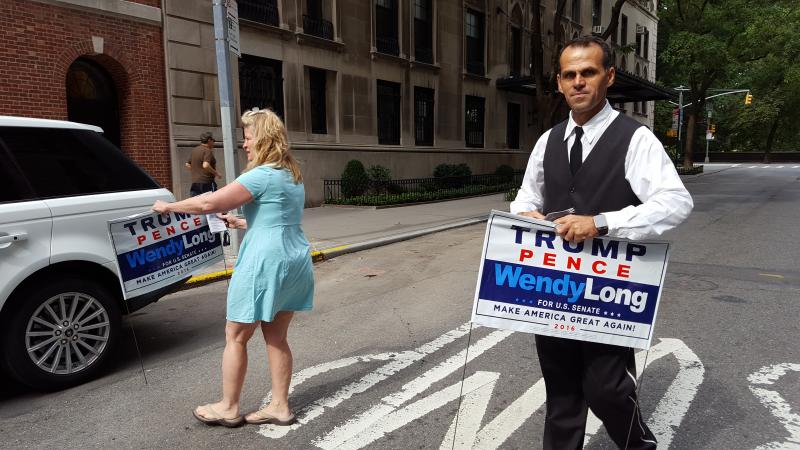 So, I bumped into a few people campaigning for Donald Trump en route to a New York Activism Exhibition today.

Trump types: Of course. So are you a supporter?

This town has always had progressive activists and reactionaries as I learned in the history of NYC activism exhibition. The guy who advised me to see it apologised that it only started about 400 years ago when the Dutch and English arrived. He told me the Mohawks and Iroquois were fairly active up until then and made me promise to get to the Native American history museum down by battery park to get a full picture of the history of American activism. So that’s a must.

But today I got some valuable insight into the evolution of the city through the social justice campaigns that have been fought over the centuries and the activists who shaped the times they lived in.

I spotted some brilliant murals cycling (I’ve figured out alternate transport to the subaway) through Harlem that would give our artists a run for their money.

I learned of the roles New Yorkers played in slavery and the campaigns for freedom from slavery. Sobering stuff especially in the context of ongoing modern white supremacy and racist violence perpetrated against the decendents of freed slaves.

I learned how the first anti immigrant party the ‘nativists’ (Native American Democratic Association) formed in the early 1800’s. Set up by white guys with no sense of irony, it was to combat mass emigration to the US by over 3.7m people from 1820-1860, half a million of whom were the Irish fleeing starvation during the potato blight. They created their own flag and on it was emblazoned… ‘Native Americans, beware of foreign influence’.

I got a NYC perpective on the struggle for woman’s suffrage. As with everything the scale is what impresses most. In 1910 and thereabouts tens of thousands of women of all classes united in the struggle for equality. The Garment Workers movement was another distinctly New York campaign by women workers and the diversity of tactics and approaches was amazing and all duly noted! The vote was finally won but it’s not enough. As the domestic workers showed the other day, struggle for rights and equality never stops it just evolves.

New York during the civil rights movement must have been electric. I got a great sense of the local which brought home the reality behind the big names in the civil rights movement era; Black Panthers, MLK, Malcolm X and maybe less known, an army of families fed up, unwanted and discriminated against who were forced to do all sorts of things building communities and alternatives.

Left vs Right, Labour wars, Stop the Bomb, Earth Day*1, Occupy, Park 51, The Stonewall Riots, The The Great Beer march against prohibition! (who knew prohibition was used to criminalise poor Irish, Italian, black and Latino communities!) New York activists have taken a run at everything and had some amazing successes along the way.

One such succes was rebuilding the Bronx after greedy landlords burnt it down rather than bring people’s homes up to standard. Reminds me of the evictions of families in ECW when they dared to ask for private landlords to clean up the damp making their kids sick in Belfast…

And today all sorts of activism ongoing because the state provides so little; Harlem Grow – Feeding kids with healthy food in a world of fast food restaurants and food stamps. The NY state youth leadership council – bringing undocumented young people into the light safely to claim their rights, One Million Hoodies movement – set up after cops shot dead Trayvon Martin and working daily to protect the rights of Black communities being trampled on, the Arab American Association of New York – supporting Arab and Muslim people’s facing the wrath of reaction still ongoing since 9/11, and the modern Stonewall Rioters (New York basically owns the Gay Rights movement!) in savvy organisations like the Sylvia Rivera Law Project – strategically using the law as a tool to protect and enhance the rights of the LGBT community.

This city has it all… And even this very long rambling blog hasn’t touched on the half of it.

And now Mc Mahon has arrived to help write the next chapter on our trip round Brooklyn with amazing people building houses, schools, and communities of active citizens making meaningful change.