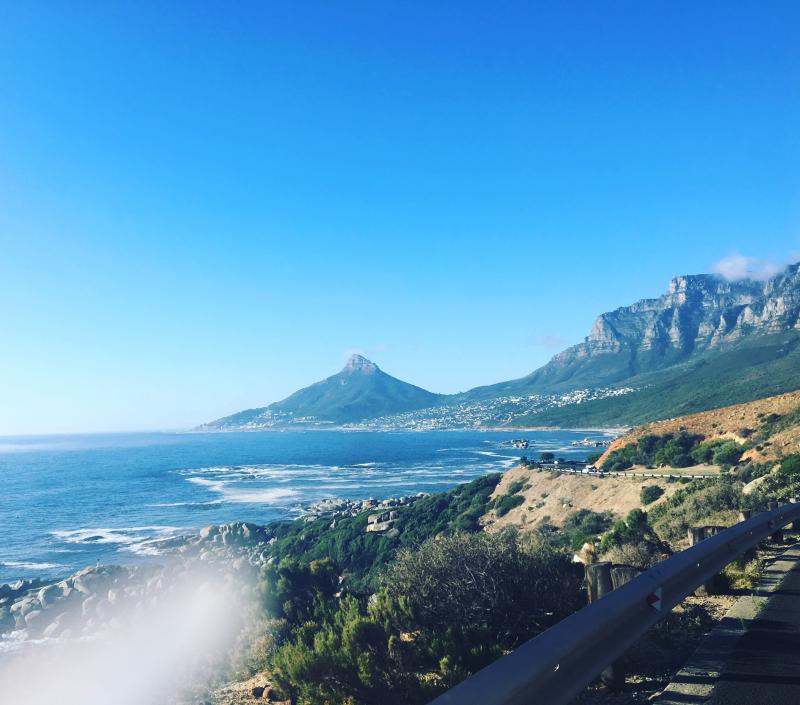 I have arrived in Cape Town albeit in the late afternoon and missed all the workers day marches! So I took full advantage of the sun and free time and set out to see Hout Bay.  Situated 20km outside of the city it is a fully functioning fishing village with spectacular scenery and a beautiful beach.

I took the scenic route round Table Mountain admiring the houses nestled within the surroundings costing only a few million pound according to my new native friend George…maybe this time next year I’ll be able to afford one eh?!

After some fish (which by the way if it was any fresher would have still been swimming in the sea) and a quick look round the market stalls it was home for a night of planning a week’s worth of activism-starting with the SADSAWU ladies first thing in the morning. What a way to begin a Tuesday!!