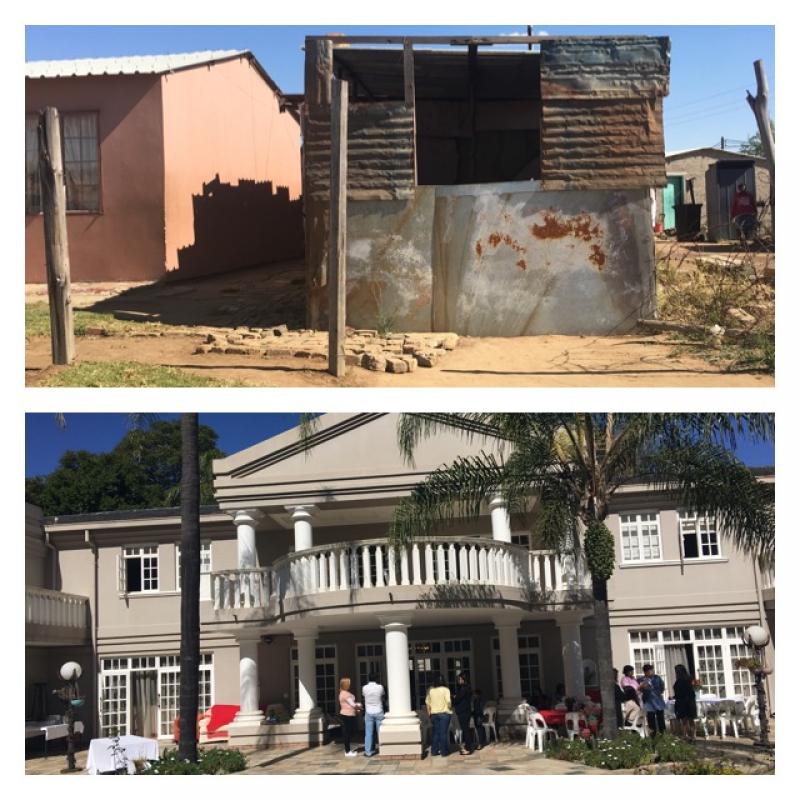 How The Other Half Live…..

I spent the first half of my Sunday lunching with some of the Shia Ismaili community  (a branch of Shia Islam) who were celebrating the diamond jubilee of their leader Aga Khan. Sali, Phumi’s wife, is part of the congration here in Johannesburg and today completed a weekend of celebrations to which she very kindly offered me along to.

Yasmin, who is the President of the Ismaili community in South Africa, who very instrestigly is also an Irish citizen (her mother was Irish) hosted the lunch at her home in an area known as Hyde Park, (millionaires row by my observations) which is located inside a gated community.  Here I dined in what can only be described as a mansion with the some of the elite of the Islamic world and learnt all about their liberal-ish religion. I met all kinds of people from all walks of life and discovered the importance of this jubilee to them.

From there I got to see the hip artisan market at RoseBank (another affluent area) and then onto diner and to meet Hibist, an activist from Ethiopia working here in Johannesburg on the issue of informal mining. I couldn’t help but notice yesterday on the way to Kwa-Thema the sheer amount of derelict mining industries once owned by the colonisers now mostly vacated. Hibist explained that throughout Johannesburg there were gold, platinum and diamonds mined for years however, when companies and industries pulled out these mines were a abandoned and the government never held anyone responsible. It resulted in things like the contamination of the water supply in certain areas a number of years ago. She also explained people still used these mines informally and she was working to help address the issues surrounding this.

After saying my goodbyes and a thank you for Phumi and Sali’s wonderful hospitality it was onto Pretoria for the night to learn some more about the middle class way of life here in Johannesburg.

Pretoria is less than one hours drive North of Johannesburg where I spent the night with Nordeen, a leader in the Shia Ismaili community whom I had the pleasure of meeting earlier in the day.  He works full time as a sculptor but is what he describes as a ‘Priest’ in Pretoria which he does daily on a voluntary basis. He too, like Sali is Canadian and has been living in Pretoria for quite some time. Over coffee he explained why some people live “the way they do”.  His house (whilst not like the mansions in Hyde Park) was definitely not what would be considered working class.  He gave me a tour of the 3 bed, 3 bathroom, two reception roomed house which he built from scratch and whilst there was a security guard at the front gate to the complex Nordeen assured me it was not a “gated” community merely one which has security. From my gatherings and chat with him I made the educated guess that inside this secured complex lived wealthy enough people living a comfortable enough lifestyle…

On my trip to Johannesburg I have experienced the different extents of housing from shacks in Kwe-Thema, to Phumi’s high security home in Westdine to Secured Luxurious apartments in the suburbs to unbelievable Mansions in Hyde Park and still same questions remain, who’s job is it to intervene and close this deplorable gap between the rich and the poor and as activists what more can we do?

Onto Cape Town for the next leg in my social justice mission….