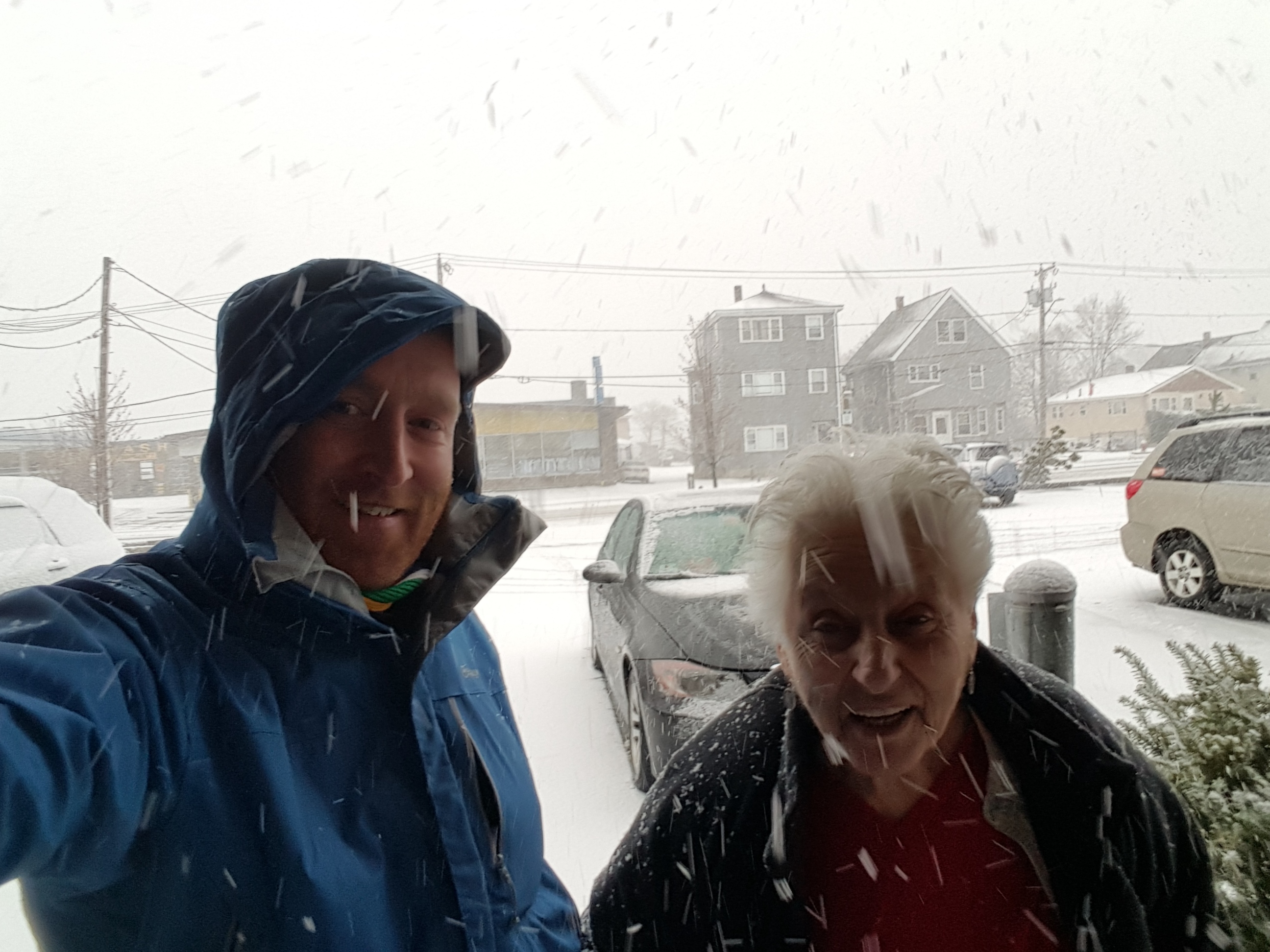 Day 2 in Eastie – the blizzard hits. 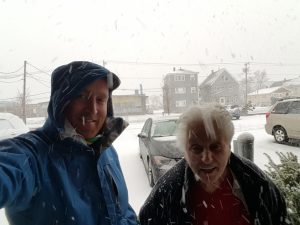 Some time during the night the snow started. The governor had already declared a state of emergency. The kids from Zumix were enjoying a day off school and most of the ‘non essential’ workforce (whoever they are) were told to stay at home. Almost everything closed down.

Snow days like this get a mixed reaction. They are disruptive, but they also allow the non stop, fast paced, all consuming American life style to be slowed right down. People have time to contemplate life and priorities. Pedro went to pick up the kids and came back to complete his Jig Saw puzzle.
Madeline had a breakfast planned with Fran, an Italian America woman who married an Irish man when such activity was frowned upon. So I went with her in the blizzard.
Fran has been in every campaign in east Boston for 60 years armed with colourful language, a no nonsense understanding of power and a fear of no one. She and Madeline talked about the campaign to stop Logan Airport destroying the community by buying up homes and landfilling rivers and sea. They went on to the campaign against the Casino, which successfully drove away the big financiers behind three consecutive attempts to build a Casino in east Boston. I would later learn of Pedro’s role in the same campaign.
I mentioned to Fran how I got connected to Madeline via Michael – ‘Oh yeah, my gun guy.’, she replied. Of course Fran had also been involved in making cops buy guns off young people to get them off the streets decades earlier.
Madeline picked her brains about opportunities for Zumix. Fran explained how she and others were sourcing property for a public museum. I ate my Cannoli and marvelled at the two women conspiring in a café by the sea in the middle the worst blizzard I have ever seen.
A neighbour eventually came in with her own recipe Irish soda bread for us all. I had the privilege of hearing her daughter’s band finalise their first album in Zumix the night before. After a bit of a yarn it was time to leave when Fran said; ‘Oh, I think it’s getting bad.’
Madeline took the scenic route home in defiance of the state of emergency to show me more of the neighbourhood through the snow. We also no the only shop and the greatest chicken place in Boston where I got to practice my broken Spanish before finally returning home. It’s snowed for a few hours. In fairness, it was all a bit of an anti climax given the apocalyptic press predictions.
Madeline, Pedro and I got the shovels out to clear the sidewalks and alley ways before the freeze came – Then we headed off on foot across town for a glass of wine with a real estate insider and the bizz on gentrification. Everybody loves a snow day.