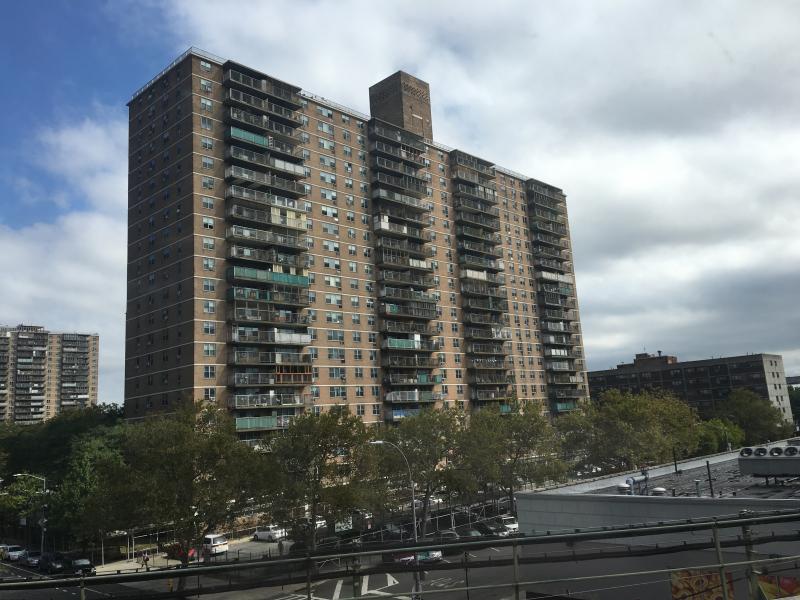 Just finished a day in East Brooklyn with Matthew, one of Frank’s colleagues and another organiser from the Industrial Areas Foundation (IAF) working with East Brooklyn Congregations. He had arranged for us to have a day of meetings with activists regarding various issues to do with their current housing and community situations.

The first was a Mrs. Romey, a woman who had lived in East Brooklyn for quite some time and had become quite the activist over the past 5 years.  Matthew explained his first encounter with Ms Romey, it consisted of her demanding (in front of a room filled with people) from the Detective inspector of the local 83rd Precinct that he sort out the problems with drug dealers and prostitutes on her block… And she was successful!
She has also been involved in a number of other campaigns and it was quite interesting how her volunteering/activism works.  She recruits people on almost each block of her neighbourhood to keep notes etc on issues or problems then organises them into meetings to find solutions to these problems.
We then met with two Spanish speaking women, one of whom was having issues with drug dealers, drug dealers who she successfully had campaigned to have evicted from her block previously, but were now back living just a few doors down the street.
We the went to meet Conceptuia Rodriguez. She and her son lived in the equivalent of the seven towers, a run down apartment block with no security, anti social behaviour, damp, mould, leaks and general repairs/maintenance issues that were not being addressed (sound familiar?)
She had contacted Matthew and was very eager to establish some type of surveying/door to door wrapping to gather the thoughts and issues of her neighbours. I spoke of how that was the reason I become involved with PPR seven years ago. That literally someone wrapped my door, asked me my opinion on where I was living and actually wanted to listen… She was very impressed and had arranged, with the help of Matthew to survey the following week.
Our last meeting of the day was with a collective of women whom Matthew had recruited from various churches. The issue they had was with prostuites, both male and female in the area. They were highly concerned with their activities on the streets at night and worried for their own safety. They, along with Matthew and the local Pastor had arranged for the Detective Inspector to come for a meeting the following week as they had exhausted all over avenues, (I.e attended community meetings rang 911 with no avail) They are planning on asking for a commitment from himself and his police force on helping to curb these issues.
We also has some time to walk around the neighbourhood and got talking to some locals, they were explaining how they had campaigned to have a new park built with facilities for the children and many of them spoke of how they would like to see better housing conditions.
Back to Brooklyn tomorrow to meet with some more clergy men and for a tour of some more public housing… Safe to say we are exhausted… Until tomorrow….